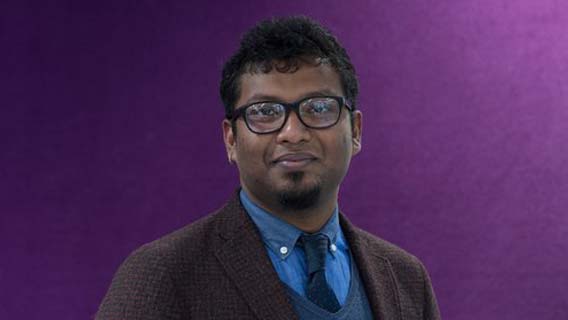 Dr Rohit Dasgupta is Programme Director and Senior Lecturer on the Global Communications and Development programme at the Institute for Media and Creative Industries where he teaches across a range of modules in communication and cultural studies.

As an ethnographer his work cuts across several disciplines with particular interests in South Asia, queer identities, activism and politics. Prior to his current position, he was a lecturer in Global Media at the University of Southampton, an associate lecturer at University of the Arts London, and has also held teaching and research posts at University of Sussex, University of West London and University of Westminster. He is currently also an elected councillor in the London Borough of Newham (2018-2022).

Dr Dasgupta's research interests are at the intersection of sexuality, race and class. His current and future research looks at the role of communication and media for social change.

He was principal investigator on a Welcome Trust Small Grant Award for the project 'Mobile-ising for Sexual Health: Digital Technologies and Sexual Health Advocacy in India', between 2016 and 2017 in collaboration with Dr Paul Boyce from the University of Sussex and the Varta Trust (Kolkata, India).

He also received the Sir Peter Holmes Memorial Award from the Royal Society for Asian Affairs to conduct research on 'launda dancers' in 2013. Most recently he was invited by BBC Radio 3 to discuss his monograph on the Free Thinking Programme and his book Friendship as Social Justice Activism received an honourable mention from PEN America.

He is currently involved in a few projects- He is working on queer diasporas in the United Kingdom, continuing his ethnographic work in West Bengal and working on transnational screen cultures.

Dr Dasgupta is a Labour and Cooperative party councillor for the London Borough of Newham. He is also Secretary of the Newham branch of the socialist think tank- The Fabian Society. He is a Fellow of the Higher Education Academy, and the Royal Asiatic Society, an elected member of the Royal Society for Asian Affairs and also a member of the International Association for the Study of Sexuality, Culture and Society. He is on the editorial board of the journal Media Theory and has reviewed manuscripts for Routledge, Palgrave Macmillan, Orient Blackswan and others.