China Central Television (CCTV) is the predominant state television broadcaster in China, being accessible to more than one billion viewers and Xinhua News is the biggest and most influential media organisation in China. As well as this, Xinhua News is the largest news agency in the world in terms of correspondents worldwide.

Dr Yanling Yang, Leverhulme Research Fellow within the Institute for Media and Creative Industries, was on live interviewed by Xinhya News Agency in front of the Houses of Parliament. This was regarding the outcome of voting on Brexit, the post-Brexit prospects for Universities, and international students. This includes tuition fees and population mobility of EU students after Brexit. 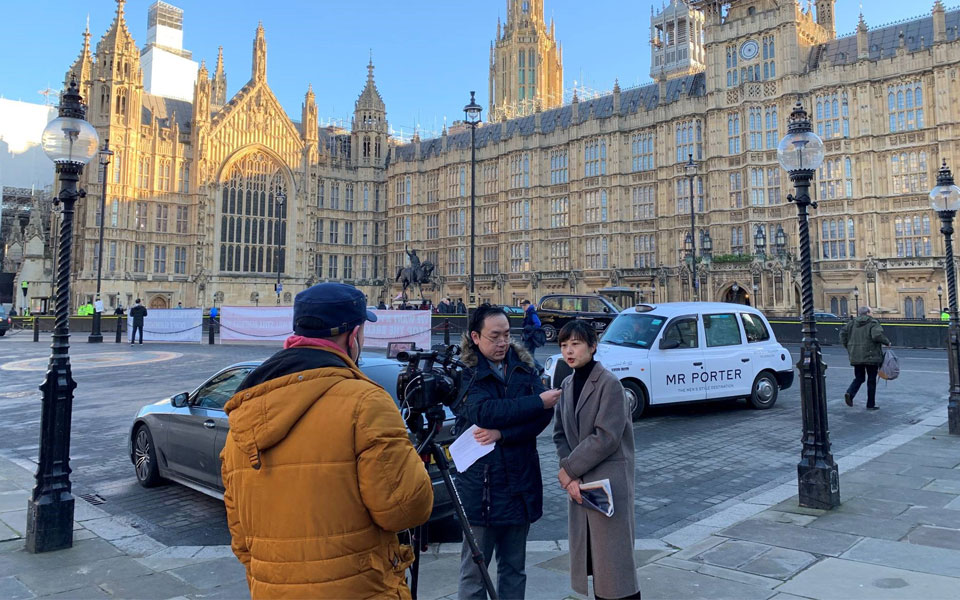 Coincidently Professor David Deacon, Dean of Loughborough University London, also was interviewed by CCTV. David discussed the key findings from Loughborough University’s analysis of the media reporting of the 2016 EU Referendum, which in his view raised questions about how well the British public were informed about the importance and complexity of the decision they were being asked to make.

National media coverage of the Referendum was dominated by one party – the pro and leave factions with the Conservative party – and two issues – immigration and the economy. Many of the voices and issues that have gained subsequent significance in the Brexit debate were marginalised. You would have to look very hard to find any reference to the Irish border, for example. 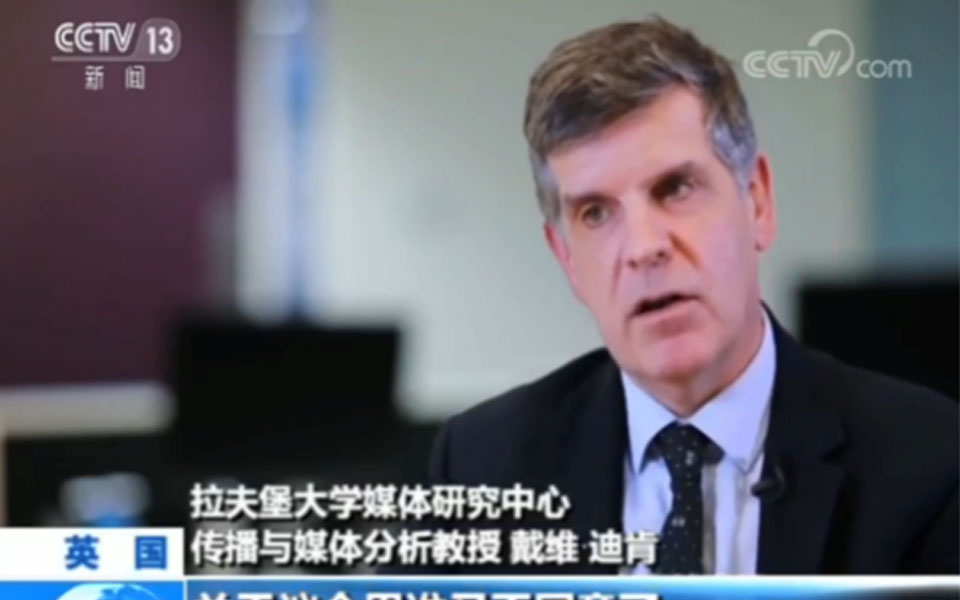