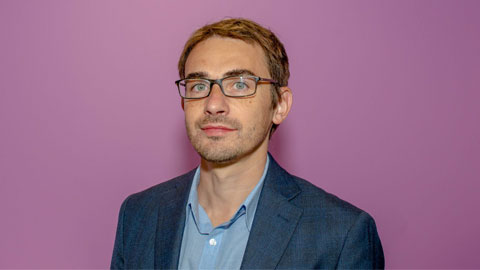 Dr Nicola Chelotti's teaching and research interests focus on negotiations, diplomacy and regional/international organizations, the EU in particular. It explores how and why states and international actors more in general negotiate and set up rules, regulations, treaties. The underlying theme is to understand how informal practices emerge in international interactions and shape policy processes and outcomes.

Dr Nicola Chelotti's main research outputs so far have concerned the study of diplomacy in Europe. Using an original database of 138 questionnaires (around 36% of the entire population) compiled by national negotiators in EU foreign policy – while also conducting 37 in-depth interviews with them – Dr Chelotti investigated how EU states formulate a common foreign and security policy. Out of this research, he has, inter alia, written two articles (published in Cooperation and Conflict and West European Politics) and just published a book, The Formulation of EU foreign policy. Socialization, negotiations and the disaggregation of the state (Routledge, 2016). This research confirms the very important role that single negotiators play in the formulation and negotiation of the national position in the EU. Individual diplomats enjoy good amount of freedom in identifying the goals and the tactics of the state. Yet, if single officials are relatively autonomous from capital-based structures, while being in constant contact with colleagues from other states, the decision-making process does not regularly produce collectively legitimized policies.

After completing his first degree in Political Science at University of Pisa (joint degree with Sant’Anna School of Advanced Studies), Dr Chelotti attained an MA in International Affairs (Diplomacy/International Cooperation), at ISPI (Milan) and an MSc in EU politics at the London School of Economics and Political Science. He then went back for Italy for his PhD (University of Florence), which investigated the decision-making processes of EU foreign and defence policy. Before joining Loughborough University (in 2016) as Lecturer in Diplomacy and International Governance, Dr Chelotti was an LSE Fellow in the Department of International Relations, at the London School of Economics. He previously held teaching and research positions at University of Pisa, University College London and University of Aberdeen. At UCL and LSE in particular, he taught on numerous different modules at undergraduate and postgraduate levels, on the European Union, both in its internal and external components, and in the field of International Relations.

Nicola’s research mostly investigates how international actors make decisions in international politics – the patterns, logics, and outcomes of international negotiations. In the past, he created an original database of 138 questionnaires (around 36% of the entire population) compiled by national negotiators in EU foreign policy – while also conducting 37 in-depth interviews with them. He investigated how EU states formulate a common foreign and security policy, by asking to what extent national diplomats have an allegiance towards the EU and/or to the national state; how much Brussels-based diplomats have leeway in negotiations, vis-à-vis the national capitals; what strategies and tactics they use in EU foreign policy making.

He was also involved in other projects, on the reform of the EU’s Economic and Monetary Union (2011-2013); and on the Brexit negotiations (as part of a Loughborough-based team in an ESRC-funded project, ‘28+ perspectives on Brexit: A guide to the multi-stakeholder negotiations’).

At the moment, he is working on one paper and two main research projects. The paper Nicola is currently writing is on the role of individuals in international negotiations. The paper first explains when and why individual diplomats enjoy substantial leeway in multilateral negotiations. It argues that the state is disaggregated twice: first, from the political to administrative layer, and second, within the latter, from capital-based bodies to single negotiators. In particular, it argues that negotiation tactics are de facto chosen by single diplomats, and not by the wider national bureaucratic machinery.

The second part of the paper shows that negotiators’ personal traits explain the use of some tactics, but not all of them. Specifically, they are less likely to matter when negotiators have to commit the state in significant and explicit ways, e.g., when exercising veto or preparing issue-linkages. The influence of individual traits is instead strong when the tactic is less likely to elicit a precise and significant commitment of the state in/for the current negotiation.

The first of the two main projects Nicola has started to develop (together with colleagues at IESEG School of Management) is on the role of trust in international negotiations. The project – which has been funded by a BA/Leverhulme Small Research Grants – aims to investigate the degree of trust that negotiators display in their interactions: do they trust each other? To what extent? What explains the variation in trust levels? In particular, the project examines the consequences of trust – i.e, what trust allows diplomats to do (or not do) in negotiations.

The second project is constructing a large dataset of the guests that have been invited to around a dozen Italian political shows between 2011 and 2022. The project – which is being developed together with two Italian colleagues – has the objective of unveiling the patterns, logics and reasons behind the selection of these guests. Who is represented in these shows – thus being able to contribute to the making of Italian public opinion on political matters? What explains the variation in this representation? Is there a political bias? Do the media behave differently when different governments are in power?