Throughout history London has attracted people from around the globe, who have come to visit, live, study and work in the UK’s bustling capital. Today it is a truly cosmopolitan city, with one of the most diverse and exciting cultures in the world.

East London and The City 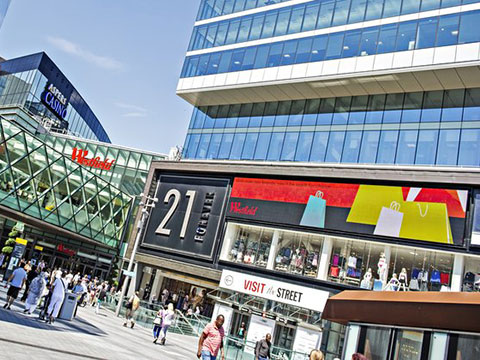 East London is an eclectic mix of the contemporary and the retro, with characterful, historic buildings nestling beside polished new developments. Following the iconic London 2012 Olympic and Paralympic Games, East London has entered the spotlight as one as the most ambitious and exhilarating places in the world. Home to Loughborough University London, the area is a hub for the creative, new media and digital industries and is a magnet for bold, enterprising people and organisations.

It is made up of several boroughs. The fashionable areas of Shoreditch, Hoxton, Dalston and London Fields have an array of markets, galleries and pop-up stores and are a hub for start-up businesses. It’s also worth visiting Broadway Market in Hackney which has been operating since 1890.

Brick Lane, near to Liverpool Street station, is a cultural melting pot. It is home to a large Bangladeshi community and has numerous Asian grocery stores and restaurants. For a bustling business and entertainment district, visit Canary Wharf which offers film, music, theatre, dance, art and fashion, and over 300 shops, bars and restaurants.

From Stratford, take the Jubilee line to Canary Wharf (approximately a total journey time of 20 minutes).

Right next to East London lies the City of London, also known as the Square Mile. The world’s leading financial and business centre, it is the oldest part of London and hosts historic attractions such as the Tower of London, built in the 11th century, and St Paul’s Cathedral.

Westfield Stratford City is Europe’s largest urban shopping centre, and is within a 15 minute walk from the campus. The centre boasts over 250 retailers as well as a growing range of cafes, bars and restaurants. The complex also boasts a 20-screen cinema and a futuristic bowling alley.

Trails on the Olympic Park – For a fun and free day out, follow one of the Olympic Park trails through beautiful meadows, wetlands and waterways. The Park covers 560 acres so there’s plenty to explore. 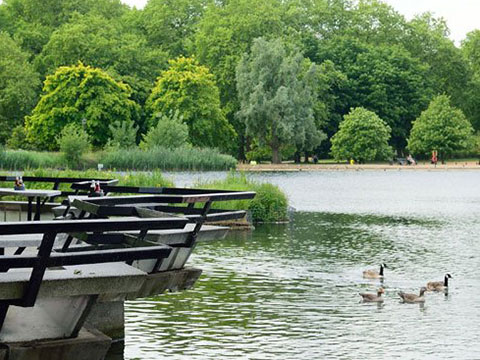 The heart of London is a mix of tradition, culture, commerce and innovation. Discover the historical treasures of the British Museum, Westminster Abbey and Buckingham Palace. View classic and modern masterpieces at Tate Britain, the National Gallery and the Royal Academy of Arts. Get an aerial view of the city from the London Eye.

If you want shopping and shows, head to the West End, Leicester Square, Piccadilly Circus, Covent Garden, and streets Oxford, Regent and Bond. The West End also hosts the hugely popular Chinatown, with street after street of south-east Asian restaurants and oriental grocery stores. Central London has lots of street markets, supermarkets and restaurants where you can enjoy a range of cuisines at reasonable prices.

From Stratford, take the Central line to Holborn and change for the Piccadilly line to Covent Garden – 1 stop (journey time is approximately 25 minutes).

If you’re feeling more reflective, head for one of the Central London’s beautiful parks. Vast Hyde Park has tree-lined walks and the Serpentine Lake, while regal St James’s Park is surrounded by three Royal palaces and is home to the Horse Guards Parade and the Mall – the setting for countless ceremonial parades.

From Stratford, take the Jubilee line to Green Park and change for the Piccadilly line to Hyde Park Corner – 1 stop (journey time is approximately 30 minutes).

With quaint, attractive streets and plenty of parks and open spaces, it is hard to believe that North London is really London at all. Islington is a vibrant area of North London, famed for its wide range of eating and shopping opportunities, while Camden remains a distinctively alternative spot for fun-loving people of all ages. North London offers an extensive mix; from the cultured to the quirky.

Camden Town’s open-air markets and retail outlets offer everything from vintage to futuristic designs and it’s a hub for London’s live music scene, with legendary venues that have launched many big names.

From Stratford, take the Overground to Camden Road. The Market is a short walk away (approximately a total journey time of 30 minutes).

Close to Camden Market is Regent’s Canal, which runs from Paddington in the west to Limehouse in east London, passing by the elegant Regent’s Park. In summer, the park buzzes with people boating on its lakes, relaxing in the rose gardens and groups of roller-bladers showcasing their skills. The Park is also home to London Zoo.

The legendary Abbey Road zebra crossing, made famous worldwide by The Beatles’ album cover, can be found in this area, as can the renowned Madame Tussauds waxwork museum. 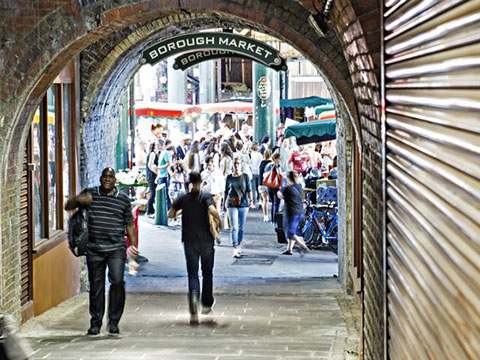 South London offers a wide range of cultural, dining and nightlife opportunities, with Brixton and Clapham being the most popular locations for students and young professionals. Areas such as Dulwich and Greenwich are renowned for their historical landmarks, and are home to a number of impressive galleries and museums. Across the River Thames lies South London, stretching from Southwark, where you can find the popular Borough Market, or the beautiful cobble-stoned streets of Richmond, whose Royal Park is the largest in London.

From Stratford, take the Overground to Richmond (approximately a total journey time of 1 hour).

Among the attractions in South London are the world-famous Tower Bridge, the 800-passenger capacity London Eye, the world famous Cutty Sark ship, and the Royal Festival Hall.

From Stratford, take the Jubilee line to Waterloo (approximately a total journey time of 20 minutes).

The picturesque village of Greenwich is also well worth a visit. Steeped in maritime history, it is the home of Greenwich Mean Time (GMT) and the Meridian Line which divides the eastern and western hemispheres. 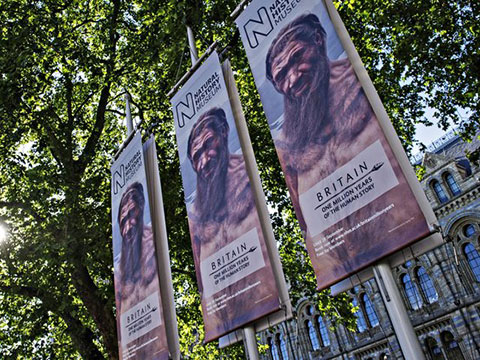 Residents and visitors are often drawn to the well-kept and picturesque areas of West London. Notting Hill is renowned for its charming coffee shops and famous market on Portobello Road, whereas the largest of the royal parks, Richmond Park, is known for its herds of red and fallow deer. West London is the height of sophistication, offering top-class shopping and cultural attractions.

Knightsbridge is home to the upmarket department store Harrods and a multitude of designer boutiques. South Kensington has the Victoria and Albert, Natural History and Science museums, and Kensington Palace and its Gardens.

Made famous by Hugh Grant’s film of the same name, Notting Hill is a cosmopolitan area that attracts millions of visitors each year to its Carnival every August, the biggest event of its kind in Europe. 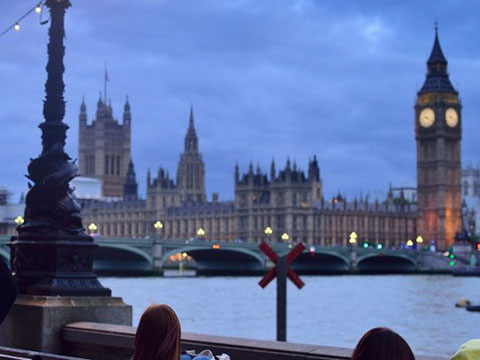 Zoom Big Ben and the Palace of Westminster 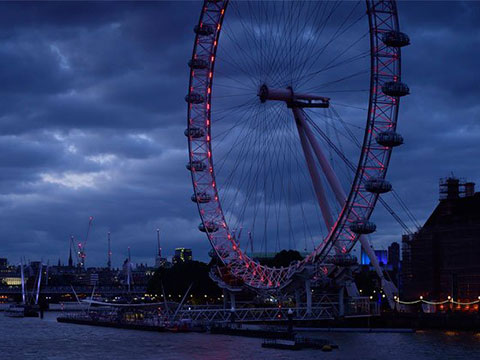 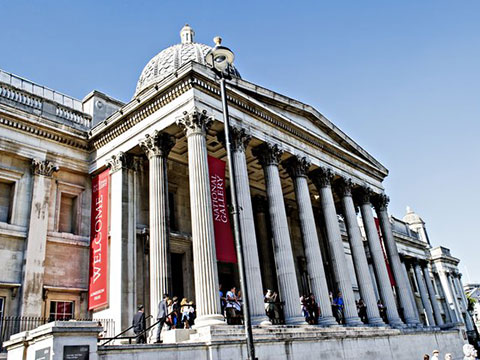 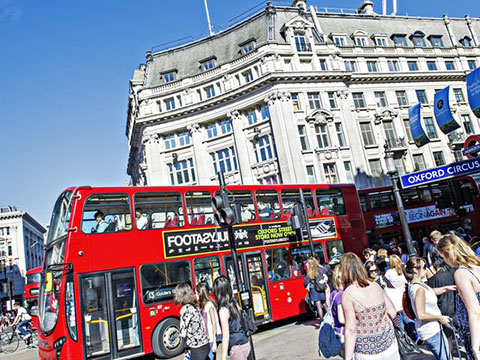 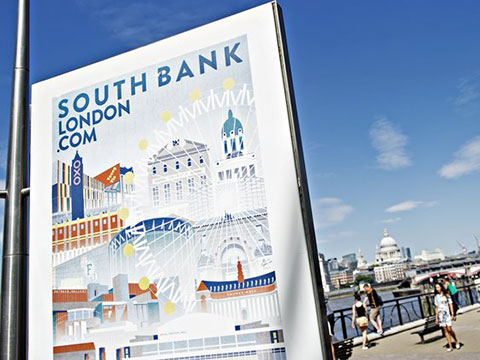 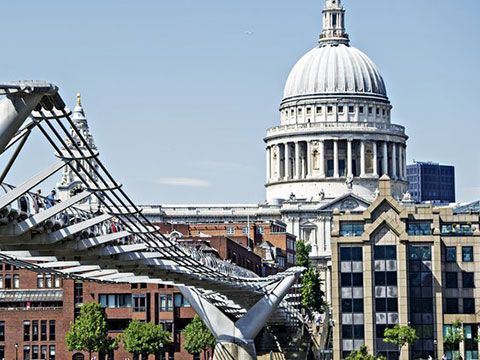 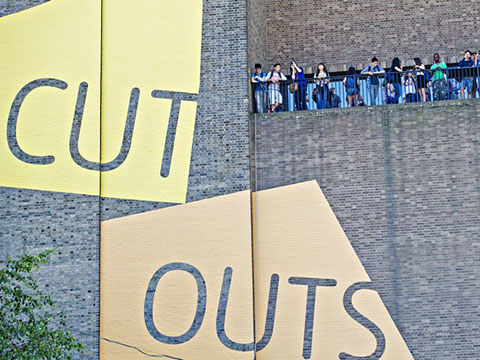 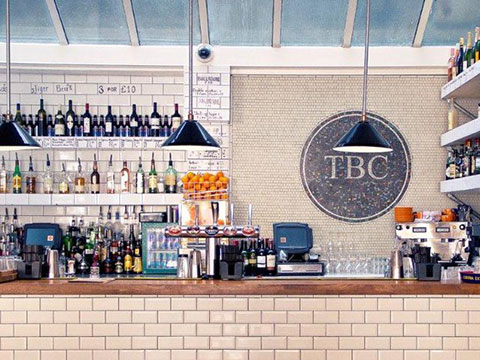 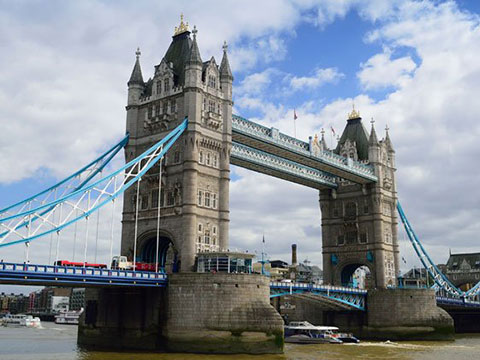 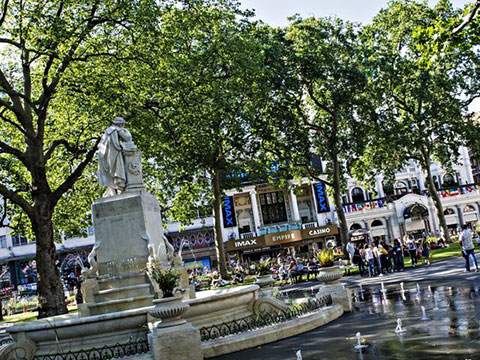 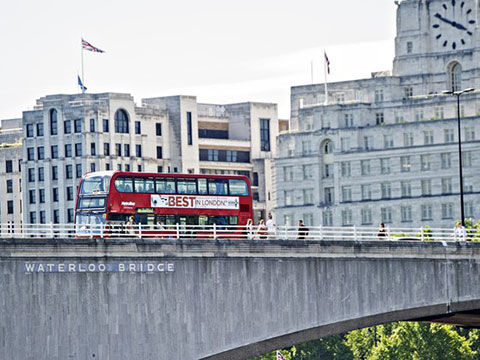 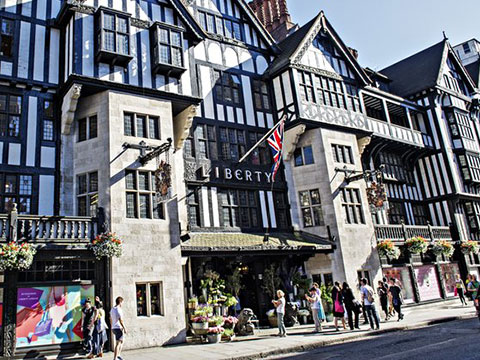 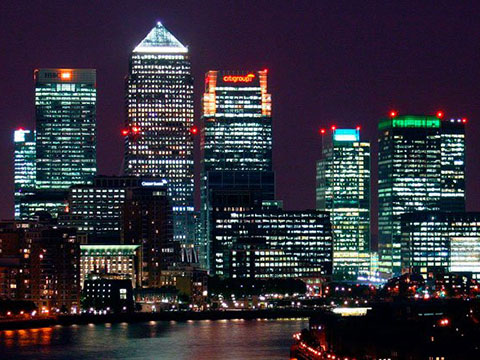 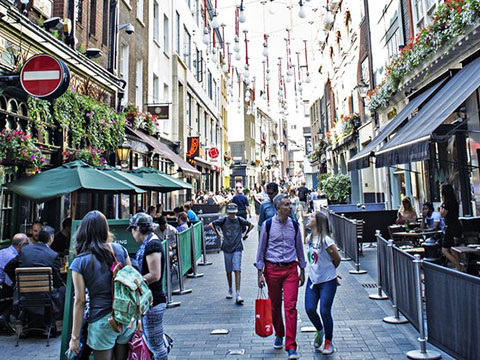 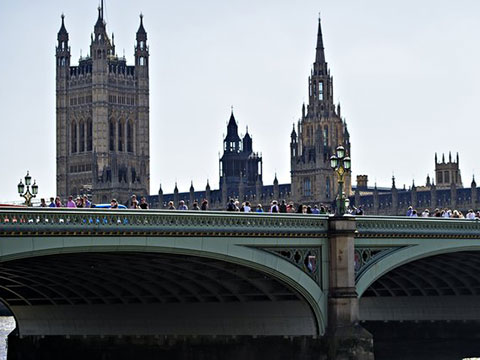 London is a globally connected city, with quick and easy access to destinations across the UK and Europe. St Pancras International train station is just a short journey from the campus, and offers access to Paris, Brussels and Amsterdam via the Eurostar.

London City Airport is the closest airport to the campus, and can be reached in under 25 minutes using the DLR train. London City Airport offers direct flights to many major destinations in the UK and beyond, including Glasgow, Edinburgh, Dublin, Rome, Florence and Berlin. You can even fly to New York!