Public and Cultural Diplomacy, and Women as ‘Agents of Change’: The role of empowering women and achieving gender equality to the sustainable development of Ukraine. 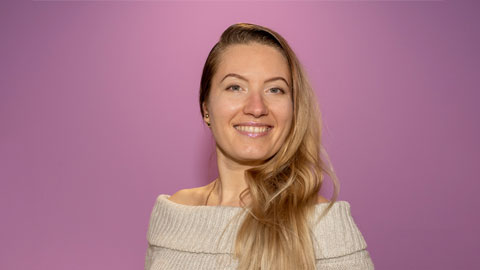 Viktoriia Startseva is a doctoral researcher within the Institute for Diplomacy and International Governance. Having previously studied at the University of York, Viktoriia has several years’ experience working with Public Service, NGOs, and Corporate Business Training.

She has taken part in 8 International Scientific Conferences in Ukraine and Russia, and published 13 scientific articles in Ukrainian and Russian. Viktoriia is actively engaged in volunteering, for instance, she created and ratified the York University Ukrainian National Student Society at the University of York, and become its first President.

In 2018, she was a finalist of the Ukrainian honourable leadership and empowerment programme “Young generation will change Ukraine” by Bohdan Hawrylyshyn Family Foundation, in Kyiv, Ukraine. A year earlier, she represented Ukraine during UN Youth Summer School on Diplomacy, in UN Youth Romania, Bucharest.

Viktoriia has accumulated over eight years of work experience teaching as a Lecturer Afro-American Gender Studies at the CSTU. She has also worked in Corporate Business Training Consulting for over five years. Her major Client Portfolio included: Pfizer Ukraine, Bayer Ukraine, Limagrain Ukraine, Hewlett-Packard Ukraine, in Kyiv, Ukraine. She also chaired the National Trade Union of Workers and Small Innovative Enterprises for over 2 years in Cherkasy City, Ukraine.

Viktoriia's project is exploring the newly arisen concept of Public and Cultural Diplomacy (P&CD), as a means of Soft-Power vs Hard Power, with a special focused on women’s empowerment. Her project has at its heart a comparative analysis of on the one hand, the BRICS emerging markets, and the “Group of Seven” (G7) emerged global leaders, with on the other hand, Ukraine.

Furthermore, she is researching in greater depth the influence of P&CD on strengthening the diplomatic relationship between countries. The research work is investigating the role of Soft-Power tools, and how they help conflict prevention, resolution, peace-building, reconciliation to maintain (inter-)/ national security, and how they affect sustainable development and economic prosperity.

Alongside traditional qualitative research methods, such as interviews and observations, critical P&CD methodologies and community P&CD practice will help give an insight to a better conceptual comprehension of Soft-Power vs Hard Power Diplomacy.

Thus, in order to conduct empirical first-hand data collection for the research, and to receive policy-making experience on P&CD both with Embassies, Diplomatic Mission, and with the world leading NGOs such as NATO, UN, OSCE, etc., the fieldwork will be conducted in collaboration with a number of senior government practitioners and Diplomats in Foreign Affairs and Diplomatic Institutions along with non-government Actors, Advocates, and Public Leaders to form the contemporary experiences and identities.

Between 2006 and 2009, Viktoriia was awarded a funded government scholarship and monthly stipend to conduct research on American Literature and Afro-American Gender Studies by Cherkassy State Technological University.

In 2012, she received a Volunteering England Award "Volunteer of the Week, 1-7 June 2012" from York Council for Voluntary Service (York CVS).

In 2017, Viktoriia accepted a short grant for the UN Youth Summer School on Diplomacy by UN Youth Romania, Bucharest, Romania.

In 2017, she received a certificate from the Google Women Digital Academy issued by Google, Kyiv, Ukraine.

In 2018, Viktoriia was awarded a funded grant to present the project "Public and Cultural Diplomacy, and Women as ‘Agents of Change’" in the framework of the exchange programme in Vienna, Austria. The project was part of the Ukrainian honourable leadership and empowerment programme “Young generation will change Ukraine” by Bohdan Hawrylyshyn Family Foundation, in Kyiv, Ukraine.

Between 2019 and 2022, Viktoriia was awarded a scholarship from the Institute for Diplomacy and International Governance, Loughborough University London.

The main feature peculiarities of the "City" image in Toni Morrison's novel «Jazz» in the cultural and historical context of African-American Literature (KNU, Kyiv, Ukraine, 2009).