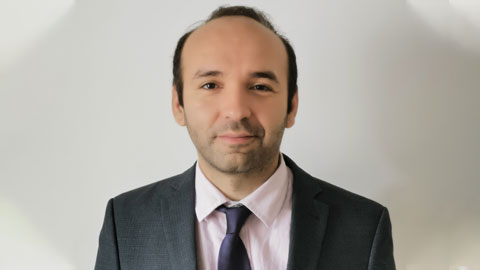 Cristian's research has been guided by an interdisciplinary ethos, with insights from various disciplines (international relations, policy studies, media studies, or communication), with the long-term goal to uncover the links between the nature of political systems and foreign policy, with a focus on Europe, Russia, Eurasia and the BRICS countries.

He has taught courses on International Relations theory, diplomacy, Russian and European foreign policy, the BRICS in world politics, political communication, regional politics and society, as well as the philosophy of social sciences. He has recently edited a series of special issue looking at the rise of strategic thinking and geopolitics in EU foreign policy, and Russia’s influence on the development of foreign policy in Central Asia and the post-Soviet space.

Cristian is currently involved in a number of projects:

The first analyses the role of the ideal identities that international actors construct in world politics, with a focus on the foreign and security policy of the European Union, the United States and Russia. The emphasis on the way ideal identifies are constructed allows for the development of a framework for assessing the patterns of conflict and co-operation among great powers. The case of the post-Soviet space following the end of the Cold War, and especially since the start of the Ukraine crisis, is a useful laboratory for testing the role of ideal identifies.

The role of the BRICS in the world order

The second project analyses comparatively the way the BRICS states have sought to develop alternatives to the Western-led world order. The project also looks at the way the BRICS countries are trying to work together in order to displace current Western based norms and rules that underpin global governance.

EU-Russia relations and the rise of geopolitics

A third project examines the EU’s relations with Russia following the Ukraine crisis, and highlights the role of concepts such as humiliation, redemption or trauma in explaining the standoff between the West and Moscow, that has been sometimes called as the ‘New Cold War’. These aspects are considered in the context of the perceived growing importance of geopolitics, which the scholarship has recently emphasised.

In the last years he has been involved in advising various ministries of foreign affairs (e.g. Germany, UK, Russia, Ukraine or Moldova) or the EU’s institutions (the European Parliament and the European Commission). The focus has been on providing advice and support regarding developments in foreign policy, as well as regional expertise on Russia, Eurasia and the BRICS countries.

Cristian is currently supervising PhD students that work on public and cultural diplomacy and women as agents of change in Ukraine, or myths and narratives of Polish-Russian relations. More broadly, he is interested in supervising PhD students in the following areas: the foreign policy of the European Union, the role of the BRICS in world order, foreign policy analysis, international relations, the post-Soviet space, Central and Eastern Europe or international political communication.

Cristian is a member of various professional organisations including UACES, the ISA or the EISA. He also regularly writes op-eds for The Conversation and the LSE blog. He is also of Co-Director of the Centre for Foreign policy and Security Studies.