An examination of the role of Chinese multinational firms in Africa 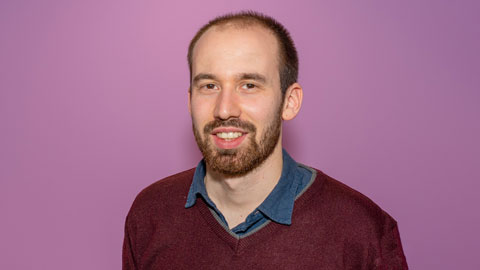 John is a doctoral researcher in the Institute for International Management. His research is focused on emerging markets, specifically how Chinese multinationals have engaged with Africa. Having previously studied at Warwick and Sheffield, John has several years experience working with charitable NGOs.

John is a doctoral researcher within the Institute for International Management. His research ties in with the Institute's focus on emerging markets, and particularly how emerging markets engage with each other in the context of Chinese firm behaviour in Africa. His wider research interests include institutional theory, post-colonial theory and development studies.

He obtained a BA in History and Politics from the University of Warwick in 2011 and an MA in International Political Economy from the University of Sheffield in 2012. He has since gained four years experience as a researcher for a faith-based NGO, working on a variety of qualitative and quantitative research projects.

Deng Xiaoping's economic reforms, starting in 1978, Jiang Zemin's 'Go Out' policy, launched in 1999 and China's admission to the WTO in 2001 have revolutionised the Chinese economy, established China as a major player within the global economy and led to thousands of Chinese firms investing abroad. One region in which Chinese firms have invested considerably is Africa, leading to criticism from some analysts in the West.

In 2006, then British foreign secretary Jack Straw accused China of repeating what Britain did in Africa 150 years previously, while in 2011 then US foreign secretary Hilary Clinton warned African states to beware of China's new colonialism. The theory of neo-colonialism frames part of John's examination of Chinese firm behaviour in Africa, and addresses a gap in the field by applying the concept at the firm level.

Another strand of John's work draws on Institutional Theory. International Business (IB) scholars have theorised that emerging market multinational corporations (EMNCs) are at an advantage when operating in other emerging markets due to being able to navigate the institutional frameworks more easily than firms from developed markets (Cuervo-Cazurra & Genc 2008). John seeks to extend this theory by drawing on a neo-colonial understanding of firm behaviour and applying this novel theoretical framework to understand Chinese firm behaviour in Africa.

John is supervised within the Institute for International Management by Professor Tony Edwards, Dr Liudmyla Svystunova and Dr Gerhard Schnyder.