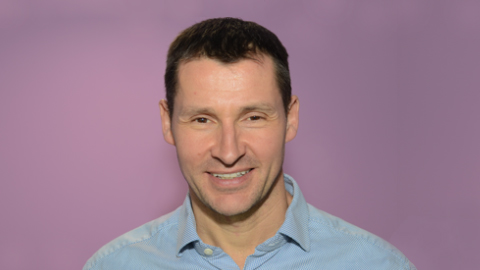 Professor Tony Edwards is a globally-recognised Professor of International Management. He has published forty articles in refereed journals, written fifteen book chapters and is author of a widely used textbook. Professor Edwards joined the University from King’s College London, where he was the Head of the School of Management and Business.

Tony has a track record of attracting high-profile research grants from ESRC, the European Union and its agencies and from a range of practitioner bodies such as the Chartered Institute of Personnel and Development and the Institute of Small Business and Entrepreneurship.

Between 2002 and 2011, Tony held a number of major administrative positions, including the Director of MSc International Management and the Director of BSc Business Management. During this time, Tony has also worked as an Associate Fellow at the University of Montreal, Warwick University and Cornell University.

In 2011, Tony became the Deputy Head of the Department of Management at King's College London, where he had responsibility for the Department’s postgraduate programmes, and led on initiatives concerning employability and the student experience.

In 2014, Tony became the Head of the School of Management and Business at King’s College London. During his time as the Head of School, Tony led the development of new disciplines, pioneered new collaborations and channeled research expertise for the school, especially in the areas of finance and entrepreneurship.

Tony's research centres on the areas of international and comparative employment relations, focusing on multinational companies (MNCs). Tony has shed light on new phenomena and extended the understanding of others in this area, including the ways in which MNCs simultaneously integrate and differentiate the management of their international workforces, employees’ experiences of work in firms that have expanded through international acquisitions and the process of ‘reverse diffusion’ in multinationals.

The research programme analyses the roles of individuals in the international integration of multinational companies (MNCs). It asks how these ‘globalizing actors’ create, spread, implement and contest norms across international operations, particularly in the domain of human resources. Based on an innovative mixed-methods approach across cases drawn from UK-owned MNCs operating in a variety of competitive environments and across major global regions, it aims to provide an integrated analysis of the enactment of these roles, and to identify the individual, organizational and institutional resources drawn upon in executing them.

This project began with the aim of delivering the most comprehensive and rigorous survey of employment relations in MNCs in the UK, facilitated by a number of innovations. The survey distinguished between HR policies relating to managers and the largest occupational group, but went further in including questions about the ‘key’ group, which was defined as a group that is central to the core competencies of the firm. The survey was funded by an ESRC grant which ran from October 2004 to September 2007 and resulted in a series of publications.

Tony acted as a consultant to the European Foundation on the European Company Survey in 2009 and has written numerous features for the European Industrial Relations Observatory (EIRO) and wrote a comparative study entitled ‘Corporate Governance Systems and the Nature of Industrial Restructuring’ in 2002.

Tony is a regular contributor to The Chartered Institute of Personnel and Development (CIPD) and has supported nine events over the last decade and a half. Tony also undertook a project for the CIPD, concerning the HR dimension to international mergers and acquisitions. The project was published in a CIPD Research Report, and was used in an article for People Management.

In 2004, Tony was commissioned to contribute to the European Commission’s bi-annual report on Industrial Relations in Europe. This involved researching trends in the employment consequences of company restructuring in different European countries.