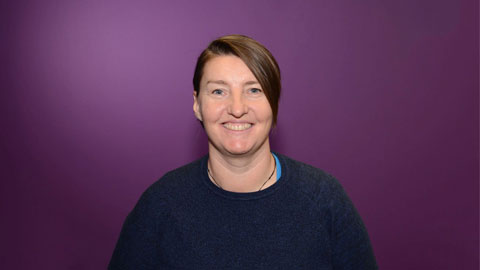 Since the 2012 games were hosted in London, the area of East London has undergone a huge transformation. Are organisations that have moved to the district involved in collaborative partnerships that lead to innovative outcomes and how are organisations establishing those relationships?

Fiona spent 20 years in Project Management in the public sector, a large portion of which was related to the London 2012 games. Her undergraduate studies of psychosocial studies felt outdated so she embarked on a Sports Business Innovation masters degree at Loughborough University London. It was here that Fiona fell in love with the Innovation Management module, particularly the teachings of social network analysis by Wilfred Dolfsma. Fiona conducted her master's research on the Olympic park (QEOP) and found that organisations were collaborating, but wanted to know more about what makes organisations reach out and what the impact has been for organisations involved in the exchange of new ideas. This led her to conduct the PHD research in the Institute for Innovation and Entrepreneurship.

Extant literature suggests that within homogeneous clusters knowledge spillover will occur between firms in similar industries and as a result the innovative capacity of those firms increases. This is particularly true for those firms that occupy a central position in the network where they can access knowledge quickly from a large pool of actors. For heterogeneous clusters spanning multiple industries is this still the case? Fiona's research uses network analysis to analyse firms positions in a network and measures these firms financial performance to explore whether firms located in a heterogeneous cluster benefit in the same way as homogeneous clusters. Furthermore, network ties can be strengthened between actors in a network through a range of interventions. Fiona aims to uncover which interventions have the most impact on the network (either by creating new ties between organisations or through strengthening the ties).

The Institute for Innovation and Entrepreneurship has fully funded Fiona's PhD study.

Fiona enjoys socialising with her friends and kayaking. She also DJ's, plays the piano and and likes to try out Olympic Sports, such as synchronised swimming and pole vaulting!

Fiona also has a blog.