Director of Studies, and Senior Lecturer for the Institute for Diplomacy and International Governance 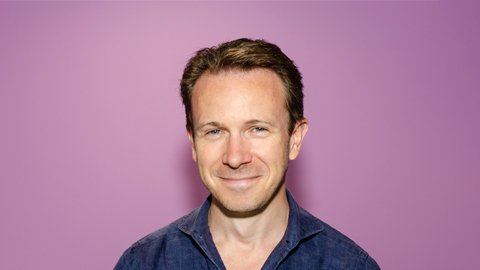 Tim's research and teaching currently focus on Brexit, British politics, London, European politics, international relations and international security. He has combined work in academia (LSE, UCL, NYU and the EUI) with work in political institutions (the House of Lords and the European Parliament), think tanks (in Berlin, Washington D.C. and London) and with the British military.

Tim is a leading expert on Brexit, UK politics and foreign policy, and international relations. He is the author of Understanding Brexit: A Concise Introduction (2018) and editor of Europe’s Brexit: EU Perspectives on Britain’s Vote to Leave (2018).

He appears regularly in the media and speaks frequently at public events and conferences.

After taking a First for his BA (Hons.) in Politics from the University of Liverpool, Tim spent a year working in the European Parliament in Brussels. He then returned to the UK where he took a Distinction in his MSc in European Studies from the London School of Economics. His PhD, studied under the supervision of Professor William Wallace in the LSE’s Department of International Relations, looked at the nature of the UK state and how it makes foreign policy. Both his MSc and PhD were funded by the Economic and Social Research Council. While writing his PhD he worked in the House of Lords.

After finishing his PhD he spent several years as a Senior Lecturer in the Department of Defence and International Affairs at the Royal Military Academy Sandhurst, the British Army’s officer training academy. Between 2012 and 2014 he was a Transatlantic Postdoc Fellow for International Relations and Security (TAPIR) based at the Stiftung Wissenschaft und Politik (Berlin), the Center for Transatlantic Relations at Johns Hopkins University’s School of Advanced International Studies (Washington D.C.) and the RAND Corporation (Washington D.C.)

In 2015 he returned to LSE as a Dahrendorf Fellow for transatlantic relations, based at LSE IDEAS, the LSE’s foreign policy think tank. As a Dahrendorf Fellow he spent several months as a researcher and occasional teacher at New York University. From 2017-2018 he was a Jean Monnet Fellow at the European University Institute in Florence where he worked on projects connected to Brexit. He is also the director of research for TRD Policy, a consultancy.

During his time at LSE, UCL and Sandhurst he taught courses on political science, UK government and politics, European politics, international relations, and international security.

Tim’s research currently focuses on three areas. First, Brexit and its effect on the UK, the rest of the EU and Europe more broadly. He has published over one hundred pieces on this topic including the two aforementioned books: Europe’s Brexit and Understanding Brexit. As a Jean Monnet Fellow at the European University Institute (2017-18) he analysed debates elsewhere in Europe on the UK’s role in Europe and the future of the EU. He has lectured on Brexit at places ranging from local public events in the UK to Harvard University, been involved in a large number of conferences and networks dealing with it and the EU’s future, discussed the topic with embassies and foreign ministries, appeared on or been quoted in a large number of media outlets, and undertaken private work as the Research Director of TRD Policy.

Second, the security pressures facing the UK and transatlantic relations, which he worked on as a Dahrendorf Fellow, as a Visiting Scholar at NYU and as a transatlantic postdoctoral (TAPIR) fellow at RAND, SAIS (both in Washington D.C.) and the SWP (Berlin). He is currently working on projects on the future of UK grand strategy, and UK defence diplomacy and warfighting capabilities.

His third area of research is on London and other global cities. He has written on the growing divergence between London and the rest of the UK and is developing a project entitled ‘London calling Brexit’ that looks at the place of London in Brexit. He has appeared on numerous media outlets to discuss London, including a special report for BBC Sunday Politics. His interest in London includes its place as a topic in UK politics and the political and security challenges and opportunities faced by global cities in Europe and North America.

Tim is keen to hear from any students interested in pursuing research and PhDs in his areas, especially Brexit, UK foreign policy and politics, and London. He is currently co-supervising students in the following subjects: public policy regarding radicalisation and extremism in the UK; the Europeanisation of Northern Ireland and political identity; the UK and post-Brexit experimentalist governance.

Further details of Tim’s work can be found at www.timothyoliver.com, on Twitter at @timothyloliver, and on YouTube.

His research can be found on ResearchGate and on academia.edu.