Reader in Media and Creative Industries 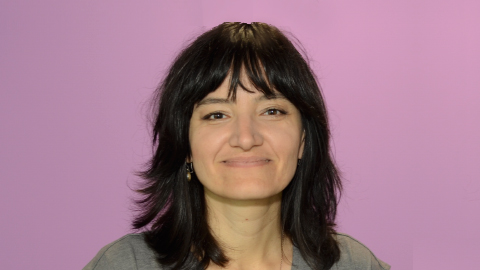 Dr Burçe Çelik teaches social movements and media, media cultures in the global south, and politics of communication. She is the Programme Director for all taught programmes in the Institute for Media and Creative Industries.

Burçe is currently working on a comparative and structural analysis of authoritarian-capitalist populism and media within the scope of research project, POPBACK: Populist Backlash, Democratic Backsliding in Europe (funded by NORFACE, 2020-2023). Burçe leads a Loughborough based research team in this project that focus on two case studies/sample countries, including Turkey and Hungary.

Burçe has recently received funding from EED for her project entitled Women's Memory and Media. She is also working on a book project on women, communications, history and memory.

Burçe received her doctoral degree from McGill University, Communication Studies and worked in Istanbul before moving to London. She joined the Institute for Media and Creative Industries in September 2016 as a lecturer.

Burçe has recently received funding from European Endowment for Democracy for her project entitled "Women's Memory and Media in Turkey". Take a look at our news story to find out more about the research project.

Burçe has supervised three doctoral students to completion at Loughborough University since 2016. She is interested in supervising students on the following issues: structural analyses of communications-media; decolonial, decolonizing or dewesternizing media studies; the role of communications in oppression and resistance; women and communication(s); history of communications/media; the Middle East; populism, authoritarianism and the media.