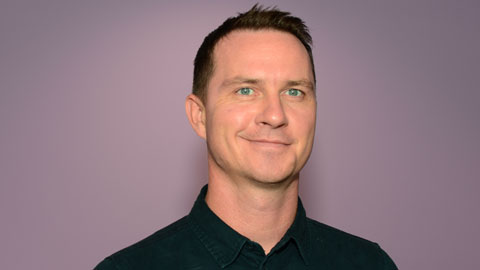 Aidan McGarry is Professor of International Politics and Associate Dean for Research at Loughborough University, London.

He has taught courses on nationalism, international relations theory and social movements. At Loughborough University, London, he teaches courses on ‘Media, Social Movements and Politics’ and ‘Diplomacy in the Digital Age’.

His research focuses on the political voice of minority and marginalised communities, particularly Roma across Central and Eastern Europe but also LGBTIQ communities.

He has written five books: Who Speaks for Roma? (Continuum 2010); The Politics and Discourses of Migration in Europe (co-editor, Palgrave 2013); and The Identity Dilemma: Social Movements and Collective Identity (co-editor with James Jasper, Temple University Press 2015); Romaphobia: The Last Acceptable Racism (Zed 2017) which explores the causes of anti-Roma prejudice in Europe; and The Aesthetics of Global Protest: Visual Culture and Communication (co-editor, Amsterdam University Press 2019).

Aidan completed all his formal higher education at Queen’s University, Belfast with a BA (Hons) in European Area Studies, an MA in European and Global Governance and a PhD in Politics and International Studies. After gaining his PhD in 2007 he worked as a researcher on a project at Ulster University for one year before taking up a Lectureship in Politics at the University of Brighton where he remained for almost 10 years, having been promoted to Reader in Politics in 2017. In 2014, he was given a ‘Rising Star’ award. Aidan has been a visiting scholar at Columbia University, New York, the Scuola Normale Superiore in Florence and the European Centre for Minority Issues in Germany. Aidan was awarded a EURIAS Fellowship at the Netherlands Institute for Advanced Study (NIAS) in Amsterdam in 2018-2019. He was a Marie Skłodowska Curie Fellow whilst at NIAS. Aidan joined IDIG in 2018 as an Excellence 100 Reader in International Politics and became Professor in 2021.

Aidan was Principal Investigator of an AHRC (Arts and Humanities Research Council) funded project ‘Aesthetics of Protest: Visual Culture and Communication in Turkey’ from 2016-2018 working with colleagues at Glasgow Caledonia University, University of Brighton and Bilgi University, Istanbul. He supervised a British Academy Newton International Fellow, Özge Özdüzen, whose work focuses on social movements in Turkey. He has advised local government in the UK, NGOs and charities in central and eastern Europe and international organisations regarding minority representation and participation. His current research project is a book focusing on political voice of marginalised communities, democracy and protest drawing on research in India with LGBTIQ communities and his ongoing research with/on Roma communities across Europe.

From 2021-2023, he is a mentor to Dr. Petre Breazu on his Marie Skłodowska Curie Individual Fellowship. This project ‘Romaphobia in an Age of Populism: UK and Swedish Media’ examines visual and textual representations of Roma in print and social media in the UK and Sweden.

Sean Calvin, on his project researching trust in the UK’s Prevent policy (2019-)

Massimo D’Angelo on his research on Turkey, IR and democratic backsliding (2020-)

The Aesthetics of Protest team's website discusses the project, contains blogs and documentaries, and publishes events and publications.