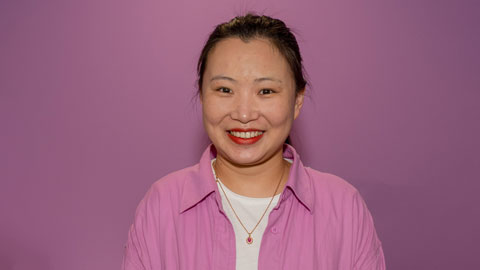 Shuo Liu is studying a PhD within the Institute of Media and Creative Industries. Shuo is interested in rural change and slow reality TV production in China.

Prior to joining Loughborough University London, Shuo received her MA in Media and Public Relations at Newcastle University and her BA in Broadcasting and Television Journalism in China. She once worked as PR consultant at Text 100 and served the client from global leading high-tech industries. She also worked in Chinese local television station as Journalist.

Since the beginning of 2017, a new strand of reality television programming has emerged in China promoted as slow reality show. Unlike the pioneering programmes in the genre, produced in Norway, the ‘slow’ in “slow reality show” does not mean the programme is longer than usual. The normal playtime is about one and a half hours. Rather, this kind of programme aims to show a slow-paced lifestyle. Most are focused on life in small rural communities and invite well-known personalities to live in a reconstructed modern rural house and run a B&B or meet different people in the countryside.

Back to the Field is one of the most significant and popular examples of this new genre with 4.2 billion views on the Mango TV online platform (official online platform), and billion posts on Weibo (Chinese popular social media platform). In the show, there are three characters invite different friends in each episode to the guest house. They do farm work together to exchange cooking ingredients, cook home dishes, remember their past stories and share the understanding of lives in this small guest house.

Shuo' s research focuses on the new strand of "slow" reality TV emerged in China and takes Back to the Field as a case study program to explore the key elements informing the thinking behind the program, placing its development in the context of current changes in the increasingly competitive Chinese television market, and the search for program innovations that address the increasingly felt stresses of urban life and capitalize on the new rural romanticism.