“Creativity is not what most people think it is” (McIntyre, 2012) 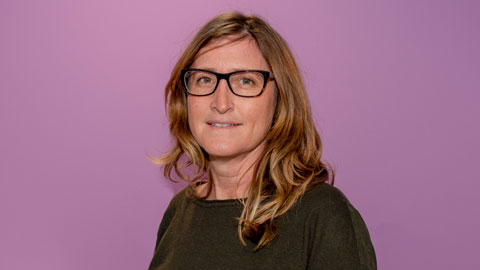 Britta is a doctoral researcher within the Institute for Design Innovation. Britta is a former design practitioner working across various geographical locations, most recently Bali for 17 years. An international career as a Design practitioner, in various creative ecologies, has led Britta to challenge the many ways in which creativity is used as a hegemonic term within policy, education and the creative industries that goes largely undisputed. Her work will explore the key conditions for ‘creative ecologies’ to emerge and flourish.

Britta holds an MA in Sustainable Design from University of Brighton. Britta's MA produced a body of work which explored the intersections of design and geographical sciences through qualitative ethnographic research and visual methods which challenged design into new ways of seeing from both western and non-western-centric viewpoints.

She completed a BA in Fashion Design at Central St. Martins, London, in 1995 and was an early pioneer of the fashion sustainability movement in 1995 working with post-consumer denim waste for her own brand earth 33 and was the founder of Green Ginger Noodle House in Bali, Indonesia.

Her most recent industry experiences were curating and project managing vast retail experiences for the British brand, Religion Clothing, in Indonesia. Her achievements have been substantiated by industry awards and multiple work experiences across the creative industries as well as developing educational pedagogy and live industry projects.

The most recent collaboration was with Wiki-Waste-Workshop (WWW) Nick Gant at the University of Brighton and Eco Bali, Indonesia. Britta's work and associated film served as a useful pedagogic tool in the process of engaging students with Bali as a ‘remote’ context to experience the social, cultural and environmental context of Bali as a place.

The study will challenge the global rhetoric of industry and policymakers by providing real-life case study context from both a bottom-up and top-down perspective. “Creativity and its business like cousin innovation are the most interesting and most profitable areas of the economy” (Howkins, 2013) yet how can we build creative industries if we don't understand creativity in its contemporary context? Howkins describes how place affects behaviour and can be both stimulating and restricting. This is particularly important at a time when it could be perceived that the UK is creating conditions which are less hospitable to creative relationships; especially for women who occupy 22% of industry positions and continue to have gender pay related issues. Howkins attributes change, diversity, learning and adaption as relevant conditions in which creativity thrives and highlights the urgency to look at its invisible intersections with “management, capital, wealth and welfare” (Howkins, 2013) in a framework he coins as a “creative ecology”. Creative Ecologies are a holistic viewpoint, and their success can be measured by the ability to change, diversify, learn and adapt (Howkins, 2013). This study will look at creativity in this context of “change, diversity, learning and adaption” to help understand why some places can be more hospitable for creativity than others. If enhancing creativity is a critical issue worldwide, we need to distinguish it from multiple perspectives. How is creativity both perceived and addressed from one population to another and from one person to another?

Boyer, B. (2018). Other ways of seeing: film as digital materiality and interlocutor for community-based tourism relationships in Bali. International Journal of Tourism Anthropology, 6(3), 276-296.

Britta has her own personal website and a blog.