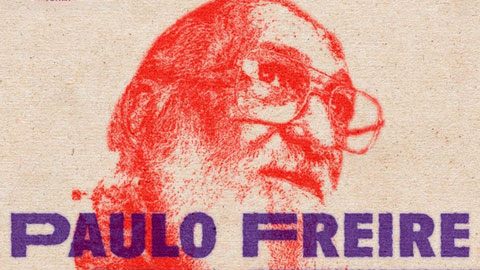 7 talks in preparation for the next 100 years.

The Institute for Media and Creative Industries invites you to join their next cycle of talks celebrating the birth centennial of the Brazilian educator Paulo Freire.

Over the course of seven 60-minute talks taking place between 9-24 March 2021, the cycle includes two Plenaries and five Global Exchanges exploring themes such as dialogue, love, empathy, hope and humility.

This cycle celebrates the centennial of the birth of Brazilian educator, Paulo Freire (1921-1997), and, inspired by his works, invites radical thinking and political imagination. Freire's 'ontological call' is associated with five principles, those of humility, empathy, love, hope and dialogue (Freire, 2017, p.33), which he presented as the spirit of one of his main referential works, Pedagogy of the Oppressed, originally published in 1968. These principles were developed by Freire in different degrees and forms throughout his works, and they also served as inspiration for many thinkers and practitioners all over the world. Can they serve as seminal inspiration for creatively devising the next 100 years?

The sessions will take place in closed virtual rooms and therefore registration is required for each session.