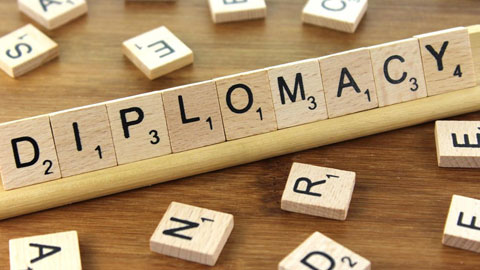 The symposium will consist of two main presentations, delivered by:

Abstract: Following the violent clashes between Euromaidan protesters and Ukraine police in February 2014, Yanukovych was removed from power, and eventually replaced by Petro Poroshenko after the May presidential elections. Poroshenko's attention soon turned to internal reforms and asked western support to implement reform processes. Police reform was particularly high on the agenda, due to the lack of civil society trust in the Ukrainian police, resulting from longstanding high levels of corruption and the disproportionate violence used during the Euromaidan protests. This paper looks at international support to Ukraine reform efforts, and specifically compares the EU and US approaches to police reform in Ukraine in the year following the Maidan protests. It asks the question at which level and with which domestic stakeholders the EU and US engage in their police reform efforts, and it therefore contributes to broader debates around local ownership. It explores whether the EU and US are complementary or contradictory in their approach, and whether coordination enhances efficiency.

Title: The peace process in Colombia: from liberal peacebuilding to stabilization?

Abstract: During the last decade, international peacebuilding has evolved from ambitious transformative agendas to pragmatic missions with narrower mandates. Comprehensive peace agreements, which aim to address the 'root causes' of the conflict and trigger processes of democratization and liberalization appear to be in decline, substituted by more modest elite pact and ceasefire agreements. In this context, the raise of stabilization has attracted increasing attention. However, while stabilization has been investigated in the context of UN peace operations and Western interventions there has been little discussion until now about how post-conflict countries affected by political and criminal violence have themselves engaged with the discourse and practices of stabilization. This article looks at Colombia where, since the election of president Iván Duque in 2018, a conservative critic of the 2016 peace agreement, the government has increasingly emphasized stabilization. This article notices that stabilization is for the Duque administration a discursive device that allows to navigate the contradiction between their critical position towards the peace process and the necessity to fulfil international obligations. It also argues that, in spite of its apparent novelty, the concept of stabilization has long term roots in Colombia, going back to the policies of consolidation developed under the presidencies of Álvaro Uribe and Juan Manuel Santos. An analysis of the antecedent of consolidation casts doubts about the appropriateness of Duque's stabilization for tackling Colombia's post-conflict challenges and in particular transform Colombia’s longstanding but exclusive democracy in a more inclusive direction. (Research co-authored with Dr Krisna Ruette-Orihuela, University College Dublin).

The event will be chaired by Dr Cristina Flesher Fominaya, Reader in Social Politics and Media.

The event will be hosted online via Microsoft Team and all are welcome to attend.

If you would like to join, please email the event organiser, Dr Aidan McGarry, who will provide further joining instructions.

Dr An Jacobs is a Senior Lecturer in International Relations at Nottingham Trent University. Until recently, she was a Senior Lecturer in Security and Defence at the Royal Military Academy of Sandhurst, where she supported officer education in the British Army. She is also a Visiting Fellow at the Institute for Diplomacy and International Governance at Loughborough University London, and she is on the editorial board of Parameters, the US Army War College Quarterly. Her research interests include the EU's Common Security and Defence Policy (CSDP), Security Sector Reform (SSR) in conflict-affected environments, operational aspects of peacebuilding, the value of higher education in post-conflict resolution, actor-based approaches in international conflict management, and military education, and she has a particular interest in African security issues. Her research is informed by her operational experience as a Political Advisor in EULEX Kosovo, her work at the Royal Military Academy (as well as several military academies overseas), and fieldwork in various conflict-affected environments in Africa, the Middle East, and Eastern Europe. She is passionate about bridging research, policy and practice. She recently provided oral evidence to the House of Lords' EU External Affairs Sub-Committee on its enquiry 'Brexit: CSDP missions'.

Dr Giulia Piccolino is a Lecturer in Politics and International Relations at Loughborough University. She is currently involved in two research projects, one on the consequences of rebel governance in Côte d’Ivoire and one on territorial planning for statebuilding in post-conflict Colombia. She is also interested in exploring non-liberal forms of conflict management and post-conflict reconstruction. Dr Giulia Piccolino has published widely in peer-reviewed journals, including African Affairs, Development and Change, Third World Quarterly, and Democratization.