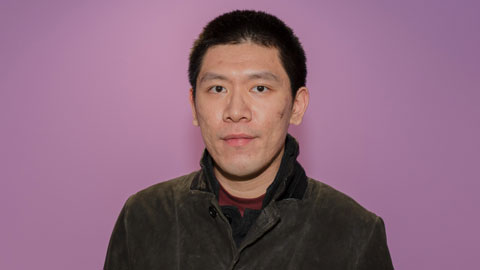 Han Zheng is currently studying his PhD within the Institute for Sport Business. His research is about exploring women’s leadership in China’s sport national governing bodies.

Since 2018, Han started his PhD research at Loughborough London. During the Rio Olympics in 2016, Han interned on China Central Television's International Channel and participated in the production of the TV programmes for the Rio Olympics.

Although the importance of women's leadership has been more widely mentioned in the past decade, in most areas, women are still seriously under-represented at the leadership or decision-making level, and sports as a long-term male-dominated industry is no exception. In the past few decades, many scholars have systematically conducted various studies based on the under-representation of female leadership in the sports industry from different aspects. For example, Auster and Prasad (2016) analysed the impact of power on women's promotions and selections, which led to women being underrepresented in leadership positions. Butron (2018), Fink (2016) and Adriaanse (2015) elaborated on the barriers that social environment and culture may encounter in women's competition for leadership positions from a more macro perspective. While Adriaanse (2016), Bruneing (2007) and Dixon (2005) analysed the impact of corporate policies and culture on women's leadership positions from an internal perspective. Among them, Hovden (2010) analysed the case of Norwegian sports institutions, and found that rigidity within the enterprise would become an important barrier to women's leadership. From a more microcosmic perspective, Burton (2018), Sartore and Cunningham (2007) and Sagas (2003) argued that women's individual social capital, such as social resources and networks, can also affect their promotion, while some self-limiting behaviours should not be ignored. However, most of the studies listed above come from western scholars ‘research on European and American countries. When people turn their attention to China, a country which occupies more and more important position in world sports, they find that the research on female leadership is very limited.

Han's PhD is supervised within the Institute for Sport Business by Dr Emily Hayday and Professor Aaron Smith.

Han has a wide range of interests, including table tennis, tennis, basketball and music.

Han joined the table tennis and fencing school team in Loughbourgh during his undergraduate studies, and participated in many competitions on behalf of the University.

Han has formed an independent music group 'Toufa Hutong' since 2014, and the group released its original album '独白‘ in 2018.

Han has created the online sport podcast "Cuju Live" since 2014, and has accumulated more than 6 million amount of play so far.